This article appears on The Quietus

For his new album George McFall has reverted to his given name, overcoming the need for an alias like Clean George IV. He has also reined in the rock guitars in favour of a more severe synth-driven sound, and found a new target for his sharp satire: himself

George McFall’s last tQ interview ended when, worse for wear in a Hackney Wetherspoon pub, he was shown the door by bouncers. This time round, he’s in better shape. “I’m a member of a well-recognised self-help cult popular with men in their thirties and onwards,” he explains over coffees in an airport Costa.

McFall previously traded as Clean George IV, and then briefly as CGIV. But his new record XIV Surrounder is being released under his own name, as befits a work of searing self-scrutiny. “I’m of the opinion now that band names are really stupid,” he says. “I can’t believe nobody else has spotted that… Why would anybody call themselves Vatican Shadow or Gazelle Twin? The War On Drugs? That’s no slur on their music, which I’ve never heard. I’m sure they’re all great.”

His own great music has always been “generically promiscuous”, to borrow a phrase from his new album. It’s rooted in his devotion to Big Country as a child in Edinburgh and teenage years under the spell of The Fall, Chrome and “really weird shit”. It’s distinguished always by the eloquence and precision of McFall’s lyrics.

But where his last album God Save The Clean was guitar-heavy and prog-influenced, XIV Surrounder echoes the propulsive synth-generated sound of Kling Klang, the Liverpudlian group of which McFall was a touring member a decade ago.

“I wrote a lot of the tracks on my ’90s Korg workstation, a thoroughly unfashionable instrument that I earmarked for that very reason,” he says. “I programmed everything on that in a way that musician friends found very amusing. Floppy disks… I grew very fond of this machine.”

The album’s more minimal sound reflects not just primitive technology, but also the near-absence of a supporting cast.

“[On] the last record I had people that I worked with, it started off as a sort of band, and then gradually they all fucked off,” says McFall. “Doing everything yourself is in some ways great, because you don’t have to allow other people’s ideas to poison your music…

“When you’re working with other people, sometimes you have to make them feel good about themselves by letting one of their shit ideas slip in. When you’re working on your own, you don’t have to do that. It can be all you, but it will take you 20 times longer… I don’t ever want to make another record the way that I made this record, ever.”

It’s seven years since God Save The Clean came out, and the follow-up’s painful gestation is matched by its pained lyrics. A theme of self-help and recovery runs through the album, but the language is more clinical than metaphorical. One song, ‘Practice’, manages a mention of neuroplasticity.

Loosely inspired by the work of celebrity hypnotist Paul McKenna, the song “started off as a joke”, McFall recalls. “I think it started off taking the piss out of self-help culture, and then by the time I finished it I was right in the midst of it: struggling, thrashing around… I thought I was taking the piss but it actually turned out I was being serious.”

A similar ambivalence defines the album’s lead single ‘Autumn’. McFall, for whom the big four-oh is imminent, describes the song as having a Jungian preoccupation with “finding meaning in the second half of your life”. It’s bleak fare: McFall sings of there being “no more fantasies to keep me from going where I’m going”. But as ever there’s a sardonic undertow too, as he declares it a “perfect day to overcome/Obstacles like love and fun”.

Introspection becomes self-laceration on ‘Remorse’, an album highlight. Over a pounding bassline, McFall asks, “Why do you spend your days and nights wasting your money, wasting your time?” The chorus amounts to quick-fire repetition of the words “I’m ashamed”.

‘Remorse’ is “the authentic sound of someone losing their mind”, says McFall. “I like it because… I’m not pretending.”

The song, which first surfaced in April 2015, was co-written by Adam Dean, Clean George IV’s long-time bass player, who died of leukemia in September of that year. “We were very close. He was like a brother,” says McFall of Dean, a much-loved figure who ran a recording studio in Tottenham.

Such was Dean’s humility that when he spoke on camera during a YouTube video which friends made to raise money for his treatment, he felt a need to say: “I think there’s probably far more deserving people in the world than myself to give money to.”

The photo of a solemn-faced McFall that adorns the cover of XIV Surrounder was taken on the day of Dean’s death.

For the album’s title, McFall used an old Edinburgh term for people from the towns and villages surrounding the city. The opening track, also called ‘Surrounder’, is “about trying to get over myself”, he says.

“A lot of the stuff on this album – like ‘Surrounder’, or maybe like the outro from ‘Practice’ – would have been written initially when I was playing with Kling Klang,” he recalls. “A long time ago, which goes to show you how long it takes me to finish things…

“When you’re working by yourself, it’s more likely to sound like lots of synths being twiddled around… I think the next album I make will be less synth-y again.”

New records are already being assembled. “I’m always working on loads, sadly,” says McFall. “I’m making one record which is built from nothing but samples from Big Country.” Homages to Scottish rock royalty are also a feature of XIV Surrounder: the track ‘Repetition’ draws inspiration from Average White Band, while ‘Cellular’ is based on ‘A Very Cellular Song’ by The Incredible String Band.

McFall’s obsession with Big Country is indelible. “I moved to Scotland when I was seven years old, so I was always outsider-y in Scotland, being a little English kid,” he recalls. “I think I got really into Big Country as an effort to get into being Scottish. It has quite an important place in my psychological armour. Anything that you over-listen to as a child will resonate with you later in life.”

For another project, McFall is collaborating with Aberfeldy founder Riley Briggs, a long-time friend from Edinburgh. “I’ve got a good peer group up there: interesting people who are into interesting stuff,” says McFall, who splits his time between London and the Scottish capital.

“They’re people who tell me stuff is shit, if need be. Fiercely opinionated, whereas down here [in London], people I know are more industry-ish and professional and therefore scared of having an opinion. Because you can’t really have an opinion and earn money. You have to be a bit more flexible, a bit more pro.”

As far back as his teens, McFall was gigging with Dominic Waxing Lyrical and Rancher, and in his early 20s, having moved to London, he fronted an electro-indie band called Serial POP. But he has always seemed a somewhat reluctant live performer.

“I haven’t really got a fear of audiences, I’ve got a fear of being unpopular,” he admits. Nonetheless, he has been rehearsing with drummer Murray Briggs (Riley’s brother and Aberfeldy bandmate), plus Jan Blumentrath, formerly of Dead Kids, a band to which McFall contributed as a song-writer.

The trio recently performed a BBC Radio Scotland session for Vic Galloway, and live dates in April are planned. “We’ll do a sort of medley,” McFall imagines. “Get it over and done with, 17 or 18 minutes: we’ll do the whole album, jump from a verse to another song, that sort of thing. Nobody really wants to watch anything for more than 18 minutes. The length of one pint of lager.” 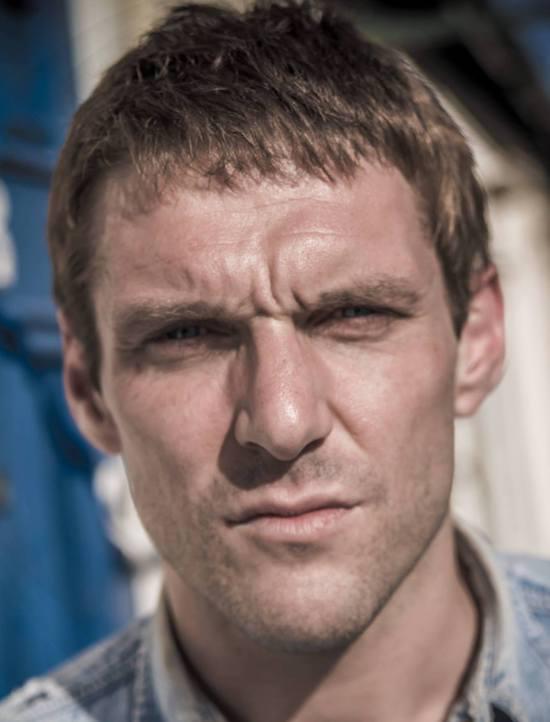 Beyond adapting to tightened concentration spans, McFall makes few concessions to the zeitgeist: “I’m really out of touch. I find music really stressful,” he says. “I spend all my time fiddling about with music on computers, so I just want to listen to Radio 4.”

When he does listen to music other than his own, his eccentric selections leave the algorithms outfoxed. “I do a lot of stupid, arch, ironic listening. When I go on the internet, they try to sell me tickets to go and see The Alarm and things like that. They haven’t got it right.”

Asked about his time with Serial POP back in the early noughties, McFall says: “My main regret is that I was a total wanker. A deluded wanker.” He uses the same adjective when explaining his compulsion to persevere as a musician. “It gets to the point where you’re just a mad deluded person chipping away in his cell. That’s kind of where I’m at.“

The older you get, he says, “the more stupid it seems to be spending all your time on something that can only fairly be described as ego-driven nonsense”. But equally: “There comes a time when you’ve been doing it so long that it becomes impossible to stop. Also, going square didn’t work out.”

McFall expects to have another three albums out in the next two years, but warns: “I could easily be wrong.” Still, as his song ‘Practice’ points out: “It’s a bit late to be in a rush.”

The next line in ‘Practice’ is an arch one: “Sober reflection? What’s that you say?” But if sober reflection is what brought XIV Surrounder to fruition, there’s plainly a lot to be said for it, given the album’s candour and confidence.

That confidence is most evident in the album’s closing track ‘Norman’, in which McFall assays a literary character study. “It was originally about a bastard from the north of England,” he says. “Sort of a John Lennon, Billy Liar, horrible but charming.

“Branwell Bronte’s probably in there as well. [He was] the Bronte sisters’ evil brother. The dad gave him all this money, he went to London, became a skaghead and blew all the fortune and set the house on fire. The father basically pinned all his hopes on his useless junkie soon. All the while his daughters were scribbling away upstairs. I think he was the inspiration for Heathcliff as well. Total bastard, northern bastard.

“It’s a song about a charming northern bastard. Not without an element of projection, probably.”

As the interview starts to wind down, without the spectre of circling security staff this time, talk turns to celebrity deaths. “Generally speaking I don’t really care about pop stars dying,” says McFall. “The drummer from the Sensational Alex Harvey Band died last week, I was quite sad about that…

XIV Surrounder is out on Tenement Records on Friday, 22 February. George McFall plays live at the Edinburgh Franklin Cricket Club, Leith on April 12 and a free show at London Sebright Arms on April 14